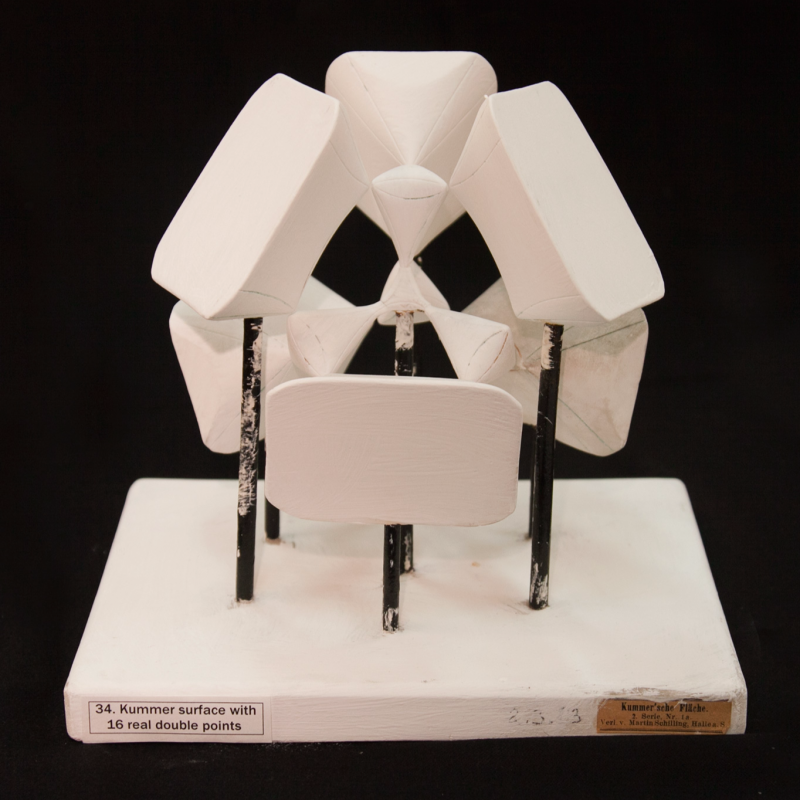 The Kummer surface is an algebraic surface of order 4 (quartic) in the three-dimensional real projective space $\mathbb{RP}^3$ with the maximal number (16) of special singularities called real double points.

The surface was discovered and studied by Ernst Kummer in 1864.

Unlike cubics, quartic surfaces have not been classified. Therefore we will be talking about some particular types of quartics.

Quartic surface (or quartic) is an algebraic surface of order four in the projective space $\mathbb{P}^3$ (real projective space $\mathbb{RP}^3$). It was proved by Kummer in 1864 that the maximum possible number of ordinary double points (also called $A_1$) for a surface of degree four is 16. Kummer surfaces are examples of quartic surfaces which have exactly 16 double points.

Kummer considered, as today called, Kummer's surfaces with tetrahedral symmetry. These surfaces are the family of 2-parameter surfaces given by

We can also assume that the equations of the tetrahedron are

Hence, in the Cartesian coordinates the equation of Kummer's surfaces with tetrahedral symmetry is

The constant $k$ determines the size of the particular model.

The model above shows the Kummer surface with all real 16 double points and planes. For it $1 < \mu < 3$. All 16 points on this model are singularities at the vertices of five tetrahedrons. The six lowest double points lie in the same plane. Mathematica result for $\mu = \sqrt{2}$ and $k=1$: 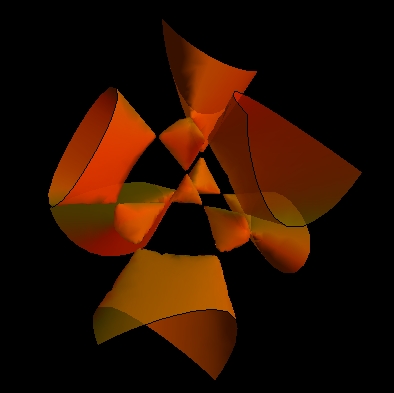 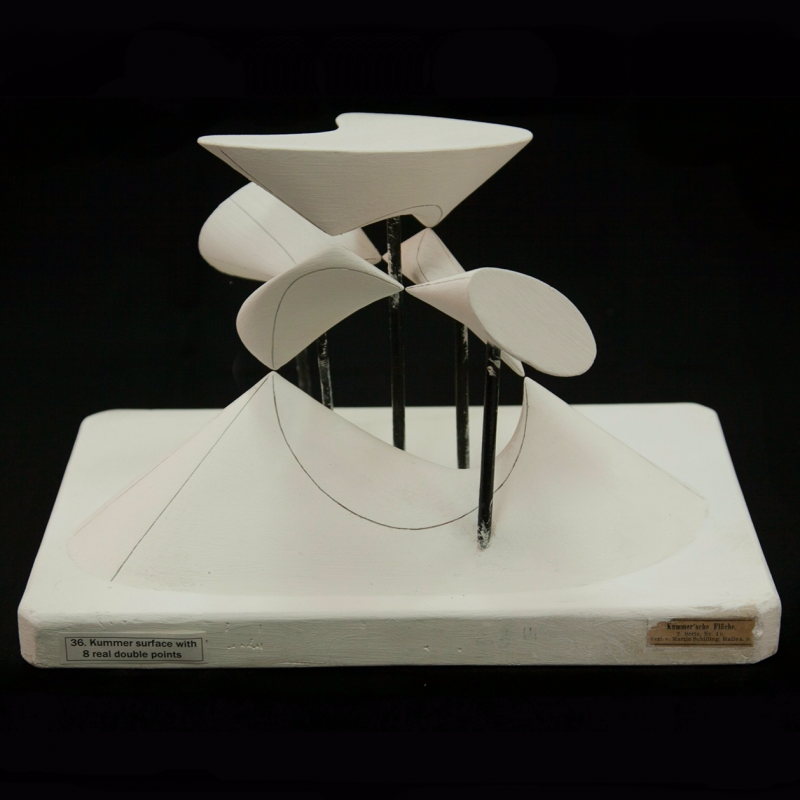 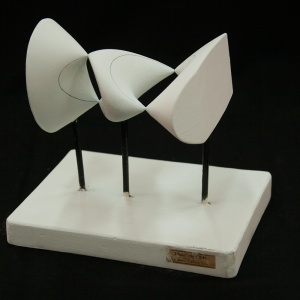